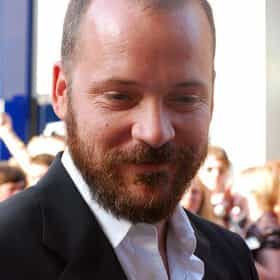 John Peter Sarsgaard (; born March 7, 1971) is an American actor. His first feature role was in Dead Man Walking in 1995. He then appeared in the 1998 independent films Another Day in Paradise and Desert Blue. That same year, Sarsgaard received a substantial role in The Man in the Iron Mask (1998), playing Raoul, the ill-fated son of Athos. Sarsgaard later achieved critical recognition when he was cast in Boys Don't Cry (1999) as John Lotter. He landed his first leading role in the 2001 film The Center of the World. The following year, he played supporting roles in Empire, The Salton Sea, and K-19: The Widowmaker. For his portrayal of Charles Lane in Shattered Glass, Sarsgaard won the ... more on Wikipedia

Peter Sarsgaard is ranked on...

#161 of 329 People who voted for Peter Sarsgaard... also upvote Harry Potter Franchise on The Most Rewatchable Movies The Greatest Actors Who Have Never Won an Oscar (for Acting) 468.1k VOTES There are many actors who haven't won an Oscar. For 95 percent of the acting population, there is probably a good reason the...
#199 of 282 People who voted for Peter Sarsgaard... also upvote Mad Men on The Best TV Shows to Binge Watch also upvote MythBusters on The Best TV Shows to Binge Watch The Best (Male) Actors Working Today 1.5M VOTES The best actors working today include Hollywood legends, Academy Award winners and many of the top up and coming actors in t...
#3 of 17 The Worst Supervillain Performances In Comic Book Movies 59.6k VOTES Bad actors have ruined plenty of films. This is especially true in the superhero genre, where taking on the role of a c...
80 Famous Military Brats 229.4k VIEWS List of Famous Military Brats ranked by fame and popularity. A military brat is a nickname used to describe the children of ...
Famous People Living With Lyme Disease 263.5k VIEWS Lyme disease is a debilitating illness that impact the central nervous and respiratory systems. Several famous actors, athle...
#21 of 157 The Best People Who Hosted SNL In The '00s 2.3k VOTES Saturday Night Live went through some big changes in the 2000s - from the 9/11 attacks to the writers strike that shortened ...
#19 of 32 Dreamcasting Families We Want To See On Celebrity Family Feud 208 VOTES This is a list of celebrities we would love to see compete on Celebrity Family Feud, ranked by user votes. Some famous peopl...
Straight Actors Who Have Played Gay Characters 120.6k VIEWS List of gay characters played by straight actors, loosely ranked by fame and popularity. One of the great things about being...
Celebrities Who Live In Brooklyn 246.2k VIEWS Several famous actors, musicians, and comedians have lived in Brooklyn. Many celebrities were born in Brooklyn and others ...
23 Celebrities Who Were Born on Military Bases 21.6k VIEWS List of Celebrities Born on Military Bases ranked by fame and popularity. A military base is a facility owned and operated b...
Male Celebrities Who Are 5’11" 17.5k VIEWS This list contains examples of male celebs who are 5'11" tall, loosely ranked by fame and popularity. Not too tall and ...

Peter Sarsgaard is also found on...