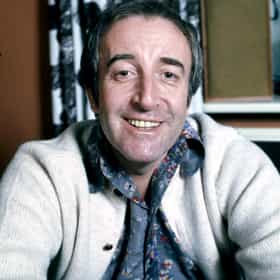 Peter Sellers, CBE (born Richard Henry Sellers; 8 September 1925 – 24 July 1980) was an English film actor, comedian and singer. He performed in the BBC Radio comedy series The Goon Show, featured on a number of hit comic songs and became known to a worldwide audience through his many film characterisations, among them Chief Inspector Clouseau in The Pink Panther series of films. Born in Portsmouth, Sellers made his stage debut at the Kings Theatre, Southsea, when he was two weeks old. He began accompanying his parents in a variety act that toured the provincial theatres. He first worked as a drummer and toured around England as a member of the Entertainments National Service ... more on Wikipedia

Peter Sellers is ranked on...

Peter Sellers is also found on...