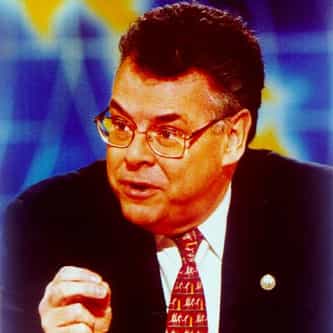 Peter Thomas King (born April 5, 1944) is an American politician serving as the U.S. Representative for New York's 2nd congressional district since 2013. A member of the Republican Party, King is currently in his 14th term in Congress, having served since 1993. He represents a South Shore Long Island district that includes parts of Nassau County and Suffolk County and was previously numbered as the 3rd congressional district. King was formerly Chair of the House Committee on Homeland ... more on Wikipedia

Peter T. King IS LISTED ON