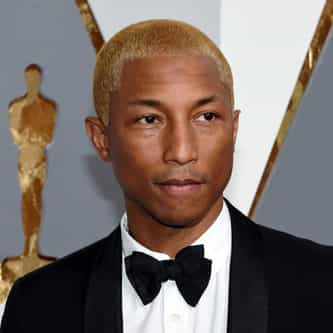 Pharrell Lanscilo Williams (; born April 5, 1973) is an American rapper, singer, songwriter and record producer. Williams and Chad Hugo formed the record production duo The Neptunes in 1992, producing hip hop and R&B music. He is the lead vocalist of the band N*E*R*D, which he formed with Hugo and childhood friend Shay Haley. He released his first solo single, "Frontin'", in 2003 and followed it with his debut solo album, In My Mind, in 2006. His second album, Girl, was ... more on Wikipedia

224 votes The Best Songs on N.E.R.D.'s Album No One Ever Really Dies

55 votes The Best Pharrell Williams Albums of All Time

Pharrell Williams IS LISTED ON