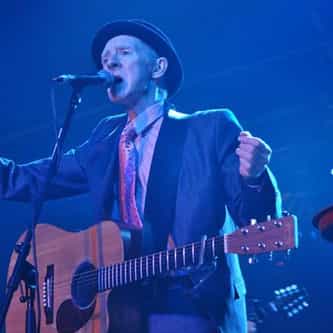 Cause Of Death
Esophageal cancer

Albums
The Captains and the Kings

Philip Ryan (17 June 1957 – 8 October 2013), professionally known as Philip Chevron, was an Irish singer-songwriter and guitarist and record producer. He was best known as the lead guitarist for the celtic punk band The Pogues and as the frontman for the 1970s punk rock band The Radiators from Space. Upon his death in 2013, Chevron was regarded as one of the most influential figures in Irish punk music. ... more on Wikipedia

Phil Chevron IS LISTED ON