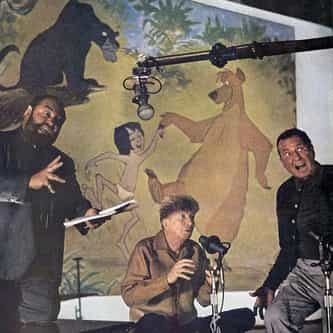 Wonga Philip Harris (June 24, 1904 – August 11, 1995) was an American comedian, actor, singer, and jazz musician. He was an orchestra leader and a pioneer in radio situation comedy, first with Jack Benny, then in a series in which he co-starred with his wife, singer-actress Alice Faye, for eight years. Harris is also noted for his voice acting in animated films. He played Baloo the bear in The Jungle Book (1967), Thomas O'Malley in The Aristocats (1970), and Little John in Robin Hood ... more on Wikipedia

Phil Harris IS LISTED ON