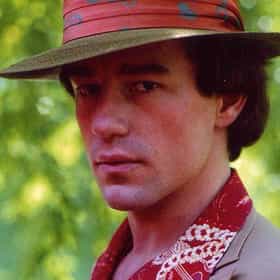 Philip Edward Hartmann (September 24, 1948 – May 28, 1998) was a Canadian-American actor, comedian, screenwriter, and graphic artist. Born in Brantford, Ontario, Hartman and his family moved to the United States in 1958. After graduating from California State University, Northridge with a degree in graphic arts, he designed album covers for bands including Poco and America. Hartman joined the comedy group the Groundlings in 1975 and there helped comedian Paul Reubens develop his character Pee-wee Herman. Hartman co-wrote the film Pee-wee's Big Adventure and made recurring appearances as Captain Carl on Reubens's show Pee-wee's Playhouse. In 1986, Hartman joined the sketch comedy show ... more on Wikipedia

All the Films You Might Remember Troy McClure From 6.1k votes One of the most beloved characters on the early seasons of The Simpsons has to be Troy McClure, voiced by the late, great Ph...

Phil Hartman is ranked on...

Phil Hartman is also found on...