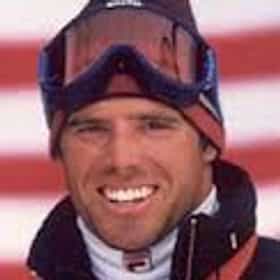 Phillip Ferdinand Mahre (born May 10, 1957) is a former World Cup alpine ski racer, widely regarded as one of the greatest American skiers of all time. His total of 27 World Cup race wins is fourth among Americans, only behind Lindsey Vonn, Mikaela Shiffrin, and Bode Miller. Born in Yakima, Washington, Phil and his twin brother Steve (four minutes younger) were both world class ski racers and competed on the World Cup circuit from 1976 to 1984. Starting with the 1978 season, Mahre finished in the top three in the World Cup overall standings for six consecutive seasons, winning the title in the final three (1981, 1982, and 1983). The Mahre twins retired from World Cup racing in March ... more on Wikipedia

Phil Mahre is ranked on...

Phil Mahre is also found on...