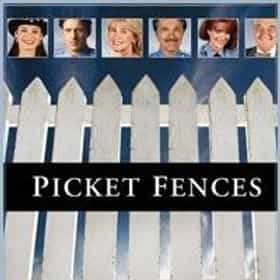 Picket Fences is an American television drama about the residents of the town of Rome, Wisconsin, created and produced by David E. Kelley. The show initially ran from September 18, 1992, to June 26, 1996, on the CBS television network in the United States. It sometimes struggled to maintain a stable prime-time audience and had fluctuating ratings, due in part to its Friday night time slot. In its first season on the air it placed 80th in the prime-time Nielsen ratings and in its second season it moved to 66th. The show's exteriors were shot in the L.A. suburb of Monrovia, California, with many of the townspeople appearing in the background of episodes. ... more on Wikipedia

Picket Fences is ranked on...

Picket Fences is also found on...