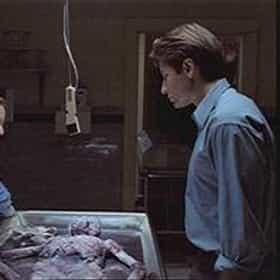 "Pilot" is the pilot episode of the science fiction television series The X-Files. The episode aired on September 10, 1993 on the Fox network in the United States and Canada, and subsequently aired in the United Kingdom and Ireland on Sky1. The story was written by executive producer Chris Carter, and directed by Robert Mandel. As the pilot, it would set up the mythology storyline for the series. The episode earned a Nielsen rating of 7.9 and was viewed by 7.4 million households and 12.0 million viewers. The episode itself was generally well received by fans and critics alike, which led to a growing cult following for the series before it hit the mainstream. The pilot ... more on Wikipedia

Pilot is ranked on...

#4 of 197 All X-Files Episodes, Ranked Best to Worst 31.8k VOTES Spanning ten seasons, and over 208 episodes and counting, X-Files is arguably one of the best sci-fi television shows out th...

Pilot is also found on...