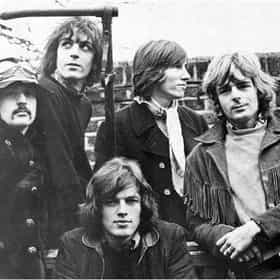 Pink Floyd were an English rock band formed in London in 1965. They emerged from London's underground music scene during the late 1960s, and became one of the most commercially successful and influential groups in popular music history. Gaining a following as a psychedelic band, they were distinguished for their extended compositions, sonic experimentation, philosophical lyrics and elaborate live shows, and became a leading band of the progressive rock genre. Pink Floyd were founded by students Syd Barrett on guitar and lead vocals, Nick Mason on drums, Roger Waters on bass and vocals, and Richard Wright on keyboards and vocals. Under Barrett's leadership, they released two charting ... more on Wikipedia

Pink Floyd is ranked on...

Pink Floyd is also found on...