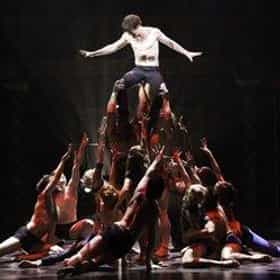 Pippin is a 1972 musical with music and lyrics by Stephen Schwartz and a book by Roger O. Hirson. Bob Fosse, who directed the original Broadway production, also contributed to the libretto. The musical uses the premise of a mysterious performance troupe, led by a Leading Player, to tell the story of Pippin, a young prince on his search for meaning and significance. The protagonist Pippin and his father Charlemagne are characters derived from two real-life individuals of the early Middle Ages, though the plot is fictional and presents no historical accuracy regarding either. The show was partially financed by Motown Records. As of February 2018, the original run of Pippin is the 34th ... more on Wikipedia

Pippin is ranked on...

#34 of 198 People who voted for Pippin... also upvote Star Trek Franchise on The Best Space Movies also upvote James Bond Franchise on The Best Spy Movies The Greatest Musicals Ever Performed on Broadway, Ranked 230.6k VOTES List of the best musicals to ever run on stage, whether on Broadway, the West End, or in smaller fringe theaters around the ...
#43 of 65 The Best Tony Award Winning Musicals 7.4k VOTES This list ranks the greatest musicals that have won the Tony Award for Best Musical, though many of these Broadway musical...

Pippin is also found on...

The Most Popular Broadway Musicals of All Time