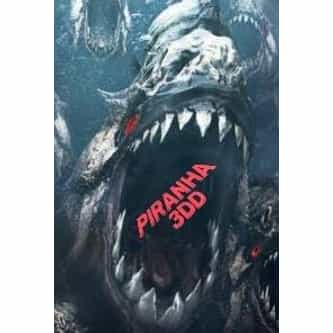 Piranha 3DD is a 2012 American 3D comedy horror film and sequel to the 2010 film Piranha 3D. It is directed by John Gulager from a screenplay by Marcus Dunstan and Patrick Melton. It stars Danielle Panabaker, Matt Bush, David Koechner, Chris Zylka, Katrina Bowden, Gary Busey, Christopher Lloyd, and David Hasselhoff. Production began on April 27, 2011 with a release scheduled for November 23, 2011, but a month prior to release this date was revised to an unspecified 2012 date. The film was ... more on Wikipedia

Anacondas: The Hunt for the Blood Orchid

Piranha 3DD IS LISTED ON