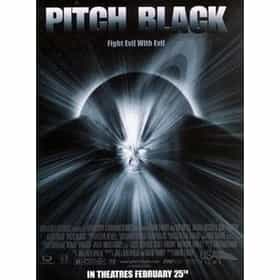 Pitch Black is a 2000 science fiction horror film co-written and directed by David Twohy. The film stars Vin Diesel, Radha Mitchell, Cole Hauser, and Keith David. Dangerous man Richard B. Riddick is being transported to prison in a spacecraft. When the spaceship is damaged by comet dust and makes an emergency landing on an empty desert planet, Riddick escapes. However, when predatory alien creatures begin attacking the survivors, Riddick joins forces with the surviving crew and other passengers to develop a plan to escape the planet. ... more on Wikipedia

Pitch Black is ranked on...

Pitch Black is also found on...