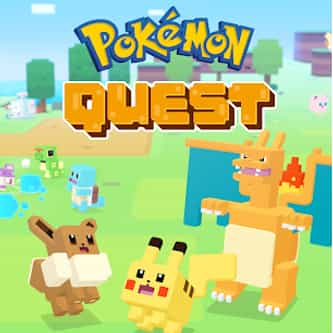 Pokémon Quest is a free-to-play action-adventure game in the Pokémon series developed by Game Freak and published by Nintendo and The Pokémon Company. It was released for the Nintendo Switch in May 2018, with versions for Android and iOS devices released in June 2018. Within days of its launch on the Switch, it had seen over a million downloads worldwide, and reached more than 7.5 million downloads after one week. Pokémon Quest features a blocky, voxel-style ... more on Wikipedia

Pokémon Quest IS LISTED ON