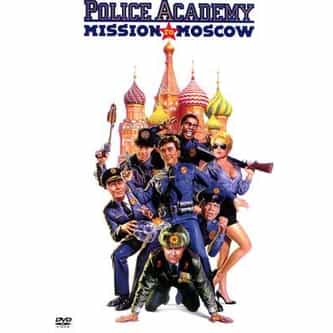 Police Academy: Mission to Moscow is a 1994 comedy crime film starring George Gaynes, Michael Winslow, David Graf, and Claire Forlani. It is the seventh and final film in the Police Academy series. It was directed by Alan Metter and written by Randolph Davis and Michele S. Chodos, based on characters created by Neal Israel and Pat Proft. George Gaynes, Michael Winslow, and David Graf were the only three cast members to appear in all seven films. Leslie Easterbrook appeared in all the films ... more on Wikipedia

Police Academy: Mission to Moscow IS LISTED ON