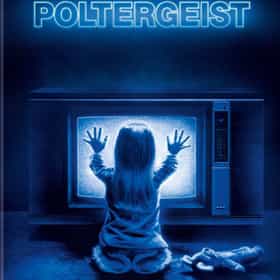 Poltergeist is a 1982 American supernatural thriller film, directed by Tobe Hooper and co-written and produced by Steven Spielberg. It is the first and most successful entry in the Poltergeist film series. Set in a California suburb, the plot focuses on a family whose home is invaded by malevolent ghosts that take the family's younger daughter. The film was ranked as #80 on Bravo's 100 Scariest Movie Moments and the Chicago Film Critics Association named it the 20th scariest film ever made. ... more on Wikipedia

Poltergeist is ranked on...

Poltergeist is also found on...

List of All Supernatural Movies Movies Written By Steven Spielberg