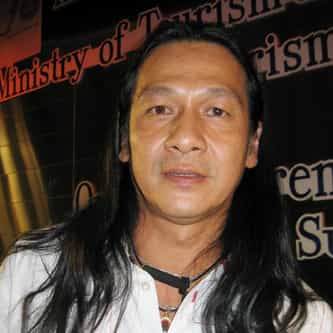 Films Directed
Happy Birthday
Me... Myself
The Dog

Pongpat Wachirabunjong (Thai: พงษ์พัฒน์ วชิรบรรจง; RTGS: Phongphat Wachirabanchong) is a Thai singer, actor, film director and TV serie director and producer. He usually plays the raw role. He graduate in bachelor in health of Physical Education from Srinakharinwirot University. He is well known in Thailand for his role in the action films Heaven's Seven and Seven Street Fighters, as the red-shorts-clad Sergeant Dab Jampoh. In addition to his film roles, he has acted in many lakorns (Thai ... more on Wikipedia