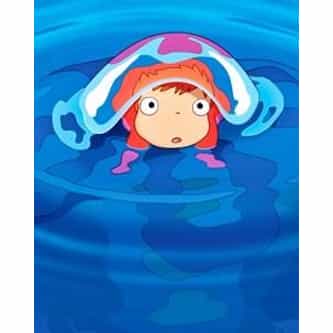 Tagline
Welcome To A World Where Anything Is Possible.

Ponyo, initially titled in English as Ponyo on the Cliff by the Sea, is a 2008 Japanese animated fantasy comedy film written and directed by Hayao Miyazaki of Studio Ghibli and Toho. It is Miyazaki's eighth film for Ghibli, and his tenth overall. The plot centers on a goldfish named Ponyo who befriends a five-year-old human boy, Sōsuke, and wants to become a human girl. The film has won several awards, including the Japan Academy Prize for Animation of the Year. It was released in Japan on ... more on Wikipedia

Ponyo IS LISTED ON