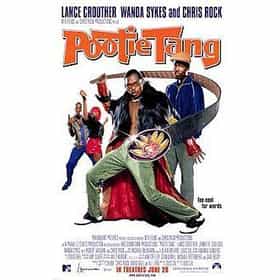 Pootie Tang is a 2001 American comedy film written and directed by Louis C.K. Adapted from a comedy sketch that first appeared on The Chris Rock Show, the character Pootie Tang is a satire of the stereotyped characters who appeared in old blaxploitation films. The title character's speech, which vaguely resembles pidgin, is mostly unintelligible to the audience, but the other characters in the film have no problem understanding him. ... more on Wikipedia

Pootie Tang is ranked on...

Pootie Tang is also found on...