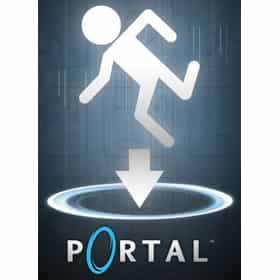 Portal is a 2007 first-person puzzle-platform video game developed by Valve Corporation. The game was released in a bundle package called The Orange Box for Microsoft Windows and Xbox 360 on October 9, 2007, and for the PlayStation 3 on December 11, 2007. The Windows version of the game is available for download separately through Valve's content delivery system Steam and was released as a standalone retail product on April 9, 2008. A standalone version called Portal: Still Alive was released on the Xbox Live Arcade service on October 22, 2008; this version includes an additional 14 puzzles. An OS X version was released as part of the Mac-compatible Steam platform on May 12, 2010. A ... more on Wikipedia

16 Games You Need To Play If You Love Puzzle-Platformers Like 'Portal' 65 votes Portal is a game that instantly puts the fabric of temporal space in your hands. This remarkably futuristic power is quickly...

Portal is ranked on...

Portal is also found on...