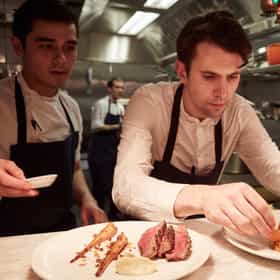 Portland is the largest city in the U.S. state of Oregon, located near the confluence of the Willamette and Columbia rivers. According to the 2010 Census, it had a population of 583,776, estimated to have reached 609,456 in 2013, making it the 29th most populous city in the United States. Approximately 2,314,554 people live in the Portland metropolitan area, the 19th most populated MSA in the United States. Portland was incorporated in 1851 near the end of the Oregon Trail and is the county seat of Multnomah County. The city operates with a unique commission-based government guided by a mayor and four commissioners as well as Metro – the only directly elected metropolitan planning ... more on Wikipedia

The Best TV Shows Set In Portland 214 votes If you love the quirky Pacific Northwest then you're in luck because Portland a very popular setting for a television series...
The Most Essential PDX Carpet Merchandise 368 votes Man alive, people are crazy for the PDX carpet, huh?! The new PDX carpet is pretty much just as silly, but nostalgia rules a...

Portland is ranked on...

Portland is also found on...