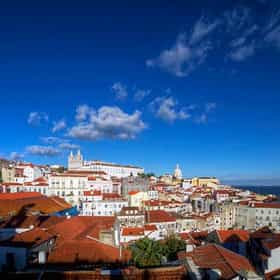 Portugal, officially the Portuguese Republic, is a country in southwest Europe. It is located on the Iberian Peninsula, and it is the westernmost country of mainland Europe, being bordered by the Atlantic Ocean to the west and south and by Spain to the north and east. Aside from continental Portugal, the Portuguese Republic holds sovereignty over the Atlantic archipelagos of Azores and Madeira, which are autonomous regions of Portugal. The country is named after its second largest city, Porto, whose name derives from a combination of Latin "Portus", and the Celtic place-name Cale., The land within the borders of the current Portuguese Republic has been continually fought over ... more on Wikipedia

Portugal is ranked on...

Portugal is also found on...