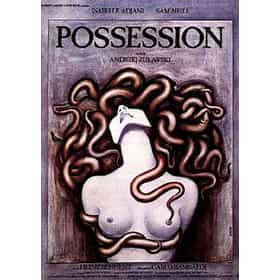 Possession is a 1981 French-German horror film directed by Andrzej Żuławski and starring Isabelle Adjani and Sam Neill. The plot obliquely follows the relationship between an international spy and his wife, who begins exhibiting increasingly disturbing behavior after asking him for a divorce. Filmed in Berlin in 1980, the film debuted at the Cannes Film Festival, where Isabelle Adjani won the award for Best Actress for her performance. The film later developed a cult following. ... more on Wikipedia

Possession is ranked on...

Possession is also found on...