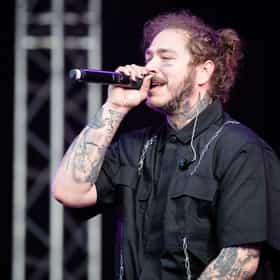 Austin Richard Post (born July 4, 1995), known professionally as Post Malone, is an American rapper, singer, songwriter, record producer, and guitarist. He first gained major recognition in February 2015, after the release of his debut single "White Iverson". In August 2015, Malone landed a record deal with Republic Records, going on to release "Congratulations" featuring Quavo and "Rockstar" featuring 21 Savage, which respectively reached numbers eight and one on the US Billboard Hot 100. He released his debut studio album Stoney in 2016. His upcoming album, Beerbongs and Bentleys, is set to be released in 2018. ... more on Wikipedia