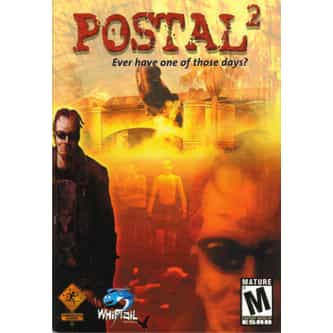 Postal 2 is a first-person shooter video game by Running with Scissors, and it is the sequel to the 1997 game Postal. Both are intentionally highly controversial due to high levels of violence and stereotyping. Unlike its predecessor, Postal 2 is played completely in first-person based on the Unreal Engine. Scenes of the game can be seen in the music video of the Black Eyed Peas single "Where Is the Love?". In 2004, New Zealand banned Postal 2 due to "gross, abhorrent ... more on Wikipedia

Postal 2 IS LISTED ON