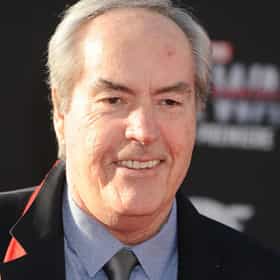 Powers Allen Boothe (June 1, 1948 – May 14, 2017) was an American television, video game, and film actor and voice actor. Some of his most notable roles include his Emmy-winning portrayal of Jim Jones in Guyana Tragedy: The Story of Jim Jones and his turns as TV detective Philip Marlowe in the 1980s, Cy Tolliver on Deadwood, "Curly Bill" Brocius in Tombstone, Vice President and subsequently President Noah Daniels on 24, and Lamar Wyatt in Nashville. ... more on Wikipedia

Powers Boothe is ranked on...

#683 of 1,149 The Best Actors in Film History 2.2M VOTES The best actors ever are ranked here in this list of the best actors in film history. These are the greatest actors ever to ...
#32 of 37 The Most Grizzled Actors Currently Working 703 VOTES Many of Hollywood's most grizzled actors make up some of the best the industry has produced over the past century. What make...
Actors and Actresses Who Died in 2017 226.2k VIEWS Unfortunately, we say farewell to these actors and actresses who died in 2017. Whether these celebrity deaths were caused by...
Actors in the Most Robert Rodriguez Movies 2.6k VIEWS Robert Rodriguez is known for directing fun-filled action movies, often with a Latin twist. He has worked with many great ac...

Powers Boothe is also found on...