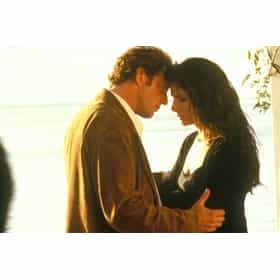 Practical Magic is a 1998 American romantic comedy film based on the 1995 novel of the same name by Alice Hoffman. The film was directed by Griffin Dunne and stars Sandra Bullock, Nicole Kidman, Stockard Channing, Dianne Wiest, Aidan Quinn and Goran Visnjic. The film score was composed by Alan Silvestri. Bullock and Kidman play sisters Sally and Gillian Owens, who have always known they were different from each other. Raised by their aunts after their parents' lives were taken, the sisters grew up in a household that was anything but typicaltheir aunts fed them chocolate cake for breakfast and taught them the uses of practical magic. ... more on Wikipedia

Practical Magic is ranked on...

Practical Magic is also found on...