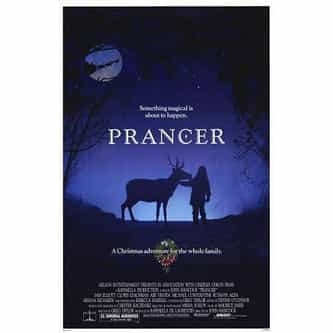 Prancer is a 1989 family film starring Sam Elliott, Cloris Leachman and Rebecca Harrell and was directed by John D. Hancock. It is set in Three Oaks, Michigan, where town exteriors were filmed. Filming also occurred at the Old Republic House in New Carlisle, Indiana, La Porte, Indiana, and at Starved Rock State Park in Utica, Illinois. It was followed on November 20, 2001 by Prancer Returns, a direct-to-video sequel released by USA Home Entertainment for VHS and DVD. Prancer was released ... more on Wikipedia

Rudolph the Red-Nosed Reindeer and the Island of Misfit Toys

Prancer IS LISTED ON