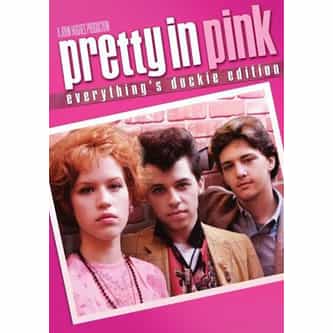 Pretty in Pink is a 1986 American romantic comedy-drama film about love and social cliques in 1980s American high schools. It is one of John Hughes' films starring Molly Ringwald, and is commonly identified as a "Brat Pack" film. The film was directed by Howard Deutch, produced by Lauren Shuler Donner and written by John Hughes, who also served as co-executive producer. It has become a cult favorite. ... more on Wikipedia

Pretty in Pink IS LISTED ON