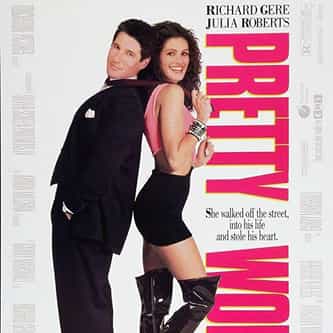 Tagline
She walked off the street
into his life and stole his heart.

Pretty Woman is a 1990 American romantic comedy film directed by Garry Marshall. A down-on-her-luck Hollywood working girl (Julia Roberts) is hired by a wealthy businessman (Richard Gere) to be his escort for several business and social functions, but over the course of their week together, they start developing a relationship. ... more on Wikipedia

Pretty Woman IS LISTED ON