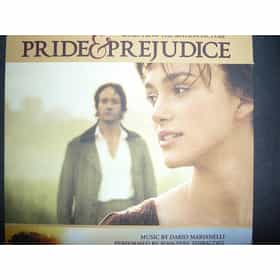 Pride and Prejudice is a 1940 American film adaptation of Jane Austen's novel Pride and Prejudice, directed by Robert Z. Leonard and starring Greer Garson and Laurence Olivier. The screenplay was written by Aldous Huxley and Jane Murfin, adapted specifically from the stage adaptation by Helen Jerome in addition to Jane Austen's novel. The film is about five sisters from an English family of landed gentry who must deal with issues of marriage, morality, and misconceptions. The film was released by MGM on July 26, 1940 in the United States, and was critically well received. The New York Times film critic praised the film as "the most deliciously pert comedy of old manners, the most ... more on Wikipedia

Pride and Prejudice is ranked on...

Pride and Prejudice is also found on...