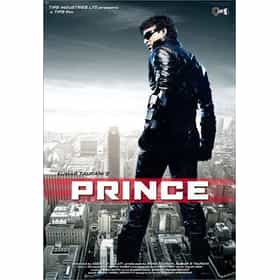 Prince - It's Showtime! is a 2010 Indian science-fiction action film directed by Kookie V Gulati, produced by Kumar S Taurani and Ramesh S Taurani, and starring Vivek Oberoi and Aruna Shields in the lead roles. The dialogues were written by Mayur Puri. The songs were composed by Sachin Gupta, with the lyrics penned by Sameer. The background score was composed by Sandeep Shirodkar. The film released on 9 April 2010 in Hindi, along with its dubbed versions in Tamil and Telugu. The film met mixed responses from critics and audiences, with most critics praising Vivek Oberoi's performance, but the film was unable to do well and was declared a Flop by the Box Office. ... more on Wikipedia

Prince is ranked on...