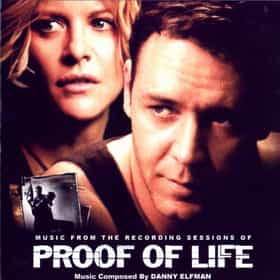 Proof of Life is a 2000 American action thriller film directed by Taylor Hackford. The title refers to a phrase commonly used to indicate proof that a victim is still alive. The film's screenplay was written by Tony Gilroy, who also was a co-executive producer, and was inspired by William Prochnau's Vanity Fair magazine article "Adventures in the Ransom Trade," and Thomas Hargrove's book The Long March To Freedom in which Hargrove recounts how his release was negotiated by Thomas Clayton. ... more on Wikipedia

Proof of Life is ranked on...

Proof of Life is also found on...