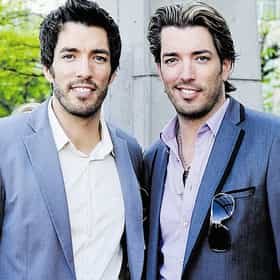 Property Brothers is a Canadian reality television series that is produced by Cineflix. It airs on W Network and HGTV. It airs as My Dream Home in Australia on LifeStyle Home, in New Zealand on ChoiceTV, as Irmãos a Obra in Brazil on Discovery Home & Health and as La casa de mis sueños in Spain on Divinity and on Decasa. Twin brothers Jonathan and Drew Scott help home buyers to purchase and renovate "fixer-uppers." Drew and Jonathan Scott also have several other shows: Brother vs Brother, Buying and Selling and Property Brothers at Home in addition to Off Topic with the Scott Brothers, a 13-week, 60-minute lifestyle radio series which aired on Corus Radio. ... more on Wikipedia

Secrets And Drama From Behind The Scenes Of ‘Property Brothers’ 59.6k views From outward appearances, there's nothing remotely controversial about twins Drew and Jonathan Scott; with their cover-model...
The Best Episodes of 'Property Brothers' 605 votes There are so many good episodes of Property Brothers, but which ones really stand out? Do you like "Renting or Renovati...

Property Brothers is ranked on...