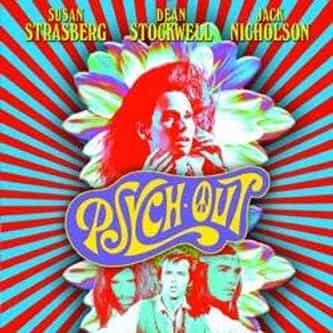 Psych-Out is a counterculture-era feature film about hippies, psychedelic music, and recreational drugs, produced and released by American International Pictures. Originally scripted as The Love Children, the title when tested caused people to think it was about bastards, so Samuel Z. Arkoff came up with the ultimate title based on a recent successful reissue of Psycho. Director Richard Rush's cut came in at 101 minutes and was edited to 82 minutes by the producers. This version is the one ... more on Wikipedia

Psych-Out IS LISTED ON