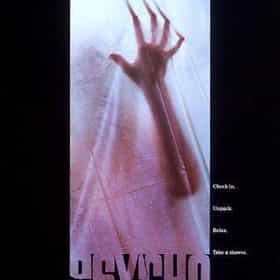 Psycho is a 1998 American horror film produced and directed by Gus Van Sant for Universal Pictures, a remake of the 1960 film directed by Alfred Hitchcock. Both films are adapted from Robert Bloch's 1959 novel of the same name, which was in turn inspired by the state of Wisconsin man Ed Gein. Although this version is in color, features a different cast, and is set in the present day, it is closer to a shot-for-shot remake than most remakes, often copying Hitchcock's camera movements and editing, and Joseph Stefano's script is mostly carried over. ... more on Wikipedia

Why The Gus Van Sant Scene-For-Scene Remake Of Hitchcock's 'Psycho' Exists 3.1k views Renowned director Gus Van Sant is responsible for Good Will Hunting (1997) and My Own Private Idaho (1991), but he is also t...

Psycho is ranked on...

Psycho is also found on...