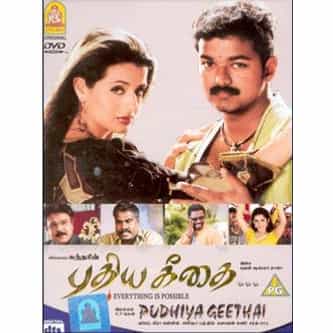 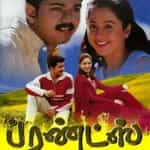 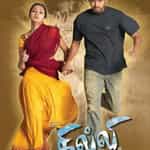 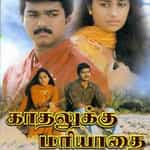 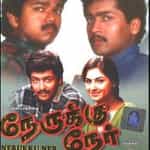 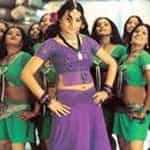 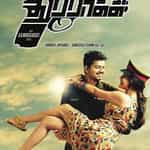 Pudhiya Geethai is a 2003 Indian Tamil film written and directed by newcomer K.P. Jagan, starring Vijay, Meera Jasmine and Ameesha Patel in lead roles. Notably, this film is Patel's first and remains her only Tamil film till date. The film, which has music scored by brothers Yuvan Shankar Raja and Karthik Raja, released on 8 May 2003 to mixed reviews but was a hit at box office The film tells the tale of a man who has positive attitude in his life and a never-give-up attitude. The story ... more on Wikipedia