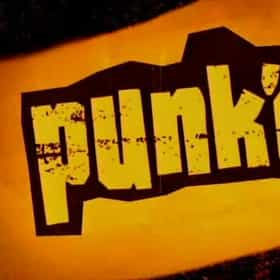 Punk'd is an American hidden camera-practical joke reality television series that first aired on MTV in 2003 and was created by Ashton Kutcher and Jason Goldberg, and produced and hosted by Ashton Kutcher. It bore a resemblance to both the classic hidden camera show Candid Camera and to TV's Bloopers & Practical Jokes, which also featured pranks on celebrities. Being "punk'd" referred to being the victim of such a prank. The series finale aired on MTV on May 29, 2007. The series culminated in early June with the Punk'd Awards. After a five-year hiatus, the series was revived with a March 29, 2012 premiere. The revived series was hosted by different celebrity guests each ... more on Wikipedia