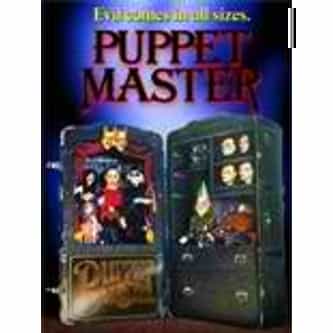 Tagline
A box of little toys has just become a gang of little terrors. This is not child's play...

Puppet Master is a 1989 American horror film written by Charles Band and Kenneth J. Hall, and directed by David Schmoeller. It is the first film in the Puppet Master franchise and stars Paul Le Mat, Irene Miracle, Matt Roe and Kathryn O'Reilly as psychics who are plotted against by a former colleague, using puppets animated by an Egyptian spell. Originally intended for theatrical release in summer 1989, before being released on home video the following September, Puppet Master was ... more on Wikipedia

Puppet Master IS LISTED ON