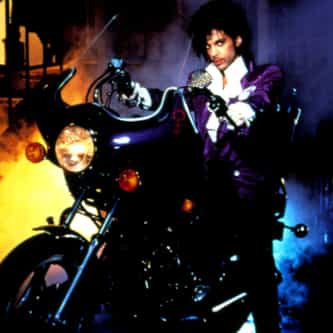 Purple Rain is a 1984 American rock musical drama film directed by Albert Magnoli and written by Magnoli and William Blinn. In it, Prince makes his film debut, which was developed to showcase his particular talents. Hence, the film contains several extended concert sequences. The film grossed more than US$80 million at the box office and became a cult classic. Purple Rain is the only feature film starring Prince that he did not direct. The film won an Academy Award for Best Original Song ... more on Wikipedia

Purple Rain IS LISTED ON