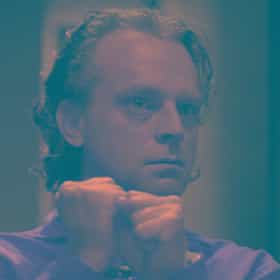 "Pusher" is the seventeenth episode of the third season of the American science fiction television series The X-Files. It originally aired on the Fox network on February 23, 1996, and was written by Vince Gilligan and directed by Rob Bowman. The episode is a "Monster-of-the-Week" story, unconnected to the series' wider mythology, or overarching fictional history of The X-Files. "Pusher" earned a Nielsen household rating of 10.8, being watched by 16.2 million viewers in its initial broadcast. "Pusher" received overwhelmingly positive reviews from television critics. The show centers on FBI special agents Fox Mulder and Dana Scully who work on ... more on Wikipedia

Pusher is ranked on...

#7 of 197 People who voted for Pusher... also upvote Star Trek Franchise on The Best Space Movies are 7x more likely to vote for Clyde Bruckman's Final Repose on this list All X-Files Episodes, Ranked Best to Worst 31.7k VOTES Spanning ten seasons, and over 208 episodes and counting, X-Files is arguably one of the best sci-fi television shows out th...

Pusher is also found on...