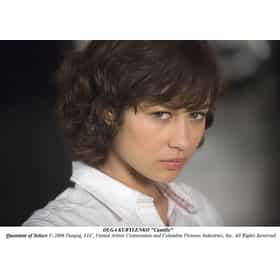 Quantum of Solace is the 22nd James Bond film produced by Eon Productions, and is the direct sequel to the 2006 film Casino Royale. Directed by Marc Forster, it features Daniel Craig's second performance as James Bond. In the film, Bond seeks revenge for his lover, Vesper Lynd, and is assisted by Camille Montes, who is plotting revenge for her family. The trail eventually leads them to wealthy businessman Dominic Greene, a member of the Quantum organisation, who intends to stage a coup d'état in Bolivia to seize control of that country's water supply. ... more on Wikipedia

Quantum of Solace is ranked on...

Quantum of Solace is also found on...