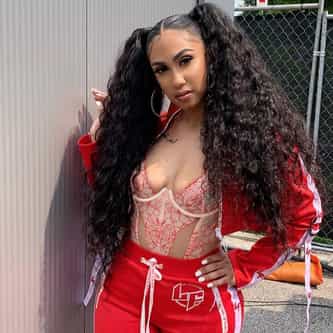 Queen Naija (born October 17, 1995), known professionally as Queen Naija, is an American singer and songwriter. In December, she self-released the song "Medicine". She was an unsigned social media star, but the song made a No. 45 debut on the Billboard Hot 100 for the week of April 10, 2018. In June 2018, she released her second single, "Karma", this time as a signed artist to Capitol Records. On its release day, the song reached #1 overall on the iTunes charts. ... more on Wikipedia

Queen Naija IS LISTED ON