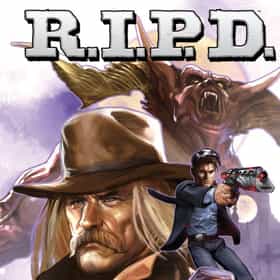 R.I.P.D. is a 2013 American science fiction action-comedy film starring Jeff Bridges and Ryan Reynolds. Robert Schwentke directed the film based on a screenplay adapted from the comic book Rest in Peace Department by Peter M. Lenkov. The film also stars Kevin Bacon, Mary-Louise Parker and Stephanie Szostak. Principal photography was completed on January 28, 2012, and the film was originally set to be released on June 28, 2013 in the United States by Universal Pictures, but was pushed back to July 19, 2013. ... more on Wikipedia