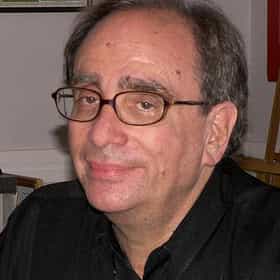 Robert Lawrence Stine (; born October 8, 1943), sometimes known as Jovial Bob Stine and Eric Affabee, is an American novelist, short story writer, television producer, screenwriter, and executive editor. Stine has been referred to as the "Stephen King of children's literature" and is the author of hundreds of horror fiction novels, including the books in the Fear Street, Goosebumps, Rotten School, Mostly Ghostly, and The Nightmare Room series. Some of his other works include a Space Cadets trilogy, two Hark gamebooks, and dozens of joke books. As of 2008, Stine's books have sold over 400 million copies. ... more on Wikipedia

RL Stine Wrote Steamy YA Novels That Are Way Scarier Than You Remember 15.5k views A generation of millennials was raised on the books of RL Stine - first with Goosebumps, and then with his YA horror novel s...
What's Your Favorite Scary Story? Revisiting R.L. Stine's Young Adult 'Fear Street' Books 4.8k votes R. L. Stine's Fear Street books provided a bridge for millions of readers from truly scary children's books to the works of ...

#201 of 385 The Greatest American Writers of All Time 64.2k VOTES Who are the greatest American authors of all time? In just two short centuries, the great U.S. of A. has produced an incredi...
#39 of 252 The All-Time Greatest Horror Writers 95.9k VOTES The best horror novelists include some great authors who manage to weave fantastical tales of horror that leave readers scar...
Famous People Who Use Initials In Their Names 76.2k VIEWS Sometimes, people decide that they want to be called by their initials instead of their full names. Here is a list of famous...