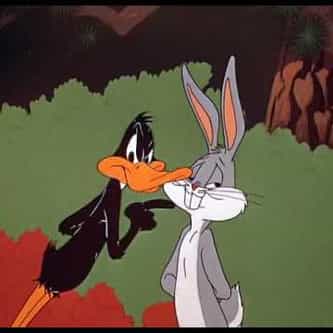 Rabbit Seasoning is a 1952 Merrie Melodies cartoon, directed by Chuck Jones, and starring Bugs Bunny and Daffy Duck. It is the sequel to Rabbit Fire, and the second entry in the "Hunting trilogy" directed by Jones and written by Michael Maltese. Produced by Edward Selzer for Warner Bros. Cartoons, Inc., the short was released to theaters on September 20, 1952 by Warner Bros. Pictures and is widely considered among Jones' best and most important films. In Jerry Beck's 1994 book ... more on Wikipedia

Rabbit Seasoning IS LISTED ON