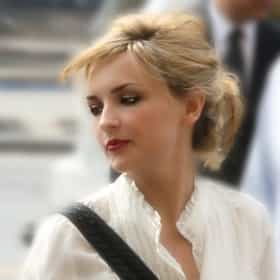 Rachael Leigh Cook (born October 4, 1979) is an American actress, model, voice artist, and producer, who is best known for her starring role in films She's All That (1999), Josie and the Pussycats (2001), and the television series Into the West and Perception, as well as being the voice behind various characters in Robot Chicken and Tifa Lockhart in the Final Fantasy series, starting with the English version of the film Final Fantasy VII: Advent Children. ... more on Wikipedia

Rachael Leigh Cook is ranked on...

#405 of 1,027 The Most Beautiful Women In Hollywood 4.5M VOTES The most beautiful women in the world are a great mix of attractive TV actresses, singers, models, and more, ...
#913 of 3,310 People who voted for Rachael Leigh Cook... Men are 9x more likely to vote for this People outside of the US are 3x more likely to vote for this The Most Beautiful Women of All Time 132.1M VOTES Here are the most beautiful women of all time ranked not on looks alone, regardless of their talent. Thi...
#358 of 470 Famous Women You'd Want to Have a Beer With 771.2k VOTES If given the opportunity to sit down for a beer with any famous female figure, which famous women would you most want to get...
#5 of 163 The Best Hallmark Channel Actresses 227k VOTES They're the stars, the moms, the sisters, and the best friends. These Hallmark Channel actresses bring Hallmark Channel Orig...
#121 of 3,139 The Most Beautiful Celebrities Of Our Time 6.3M VOTES This list of hot celebrities is ranked by pop culture junkies worldwide, making it the best place to find the most attractiv...
#4 of 53 Actors Who Almost Got the Part in a Marvel Film 54.5k VOTES Casting is truly an art form. Each and every cast member from starring, to supporting, to day-player affects the entire tone...
#85 of 127 People who voted for Rachael Leigh Cook... also upvote Harry Potter Franchise on The Best Film Adaptations of Young Adult Novels also upvote Harry Potter Franchise on Supernatural Teen & Coming of Age Films The Greatest '90s Teen Stars 316.1k VOTES The greatest teen stars of the '90s are well-remembered on this countdown. They were everywhere – they ruled the box office,...
Famous People Whose Last Name Is Cook 5.9k VIEWS Being a fairly common name, it's no surprise there are a lot of famous people with the last name Cook. Do you recognize all ...
Famous Libra Female Celebrities 52.4k VIEWS While Libras' tendency to shift between interests quickly gives them a bad reputation for being fickle, the ability to ...
Celebrity Babies Who Were Born in 2015 44.7k VIEWS Another year, another crop if super adorable celebrity kids! This list includes all of the celebrity babies born in 2015. Sa...
Ryan Reynolds's Loves & Hookups 31.4k VIEWS All of Ryan Reynolds's lovers, love affairs, sex, scandals, and hookups. The loves,exes and relationships of Ryan Reynolds, ...
EW.com's Breakouts Stars That Faded Out 7.6k VIEWS EW says, "Which actors burned bright with promise, then faded away? We name some of those unfortunate souls -- from Col...
Celebrity Pregnancies 2013 62.3k VIEWS See what celebrities are pregnant in 2019. Celebrity pregnancies 2013 is a list that chronicles all of the biggest, hottes...