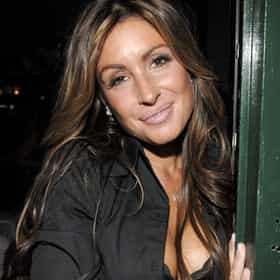 Rachel Uchitel (; born January 29, 1975) is an American nightclub manager, hostess, and TV correspondent. She first encountered publicity when, following the September 11 attacks, a photo of her holding a picture of her fiancé, who worked in the World Trade Center, was published by the New York Post and circulated worldwide. She made headlines again in 2010 as one of golfer Tiger Woods' alleged mistresses. In 2010, she appeared in the fourth season of the American reality television series Celebrity Rehab with Dr. Drew. ... more on Wikipedia

Rachel Uchitel is ranked on...

Celebrity Scandals 2010: Celebrity Scandal List for 2010 380k VIEWS Full list of all 2010 celebrity scandals. 2010 has been a year for celebrity scandal so far, and this list will be updated a...
David Boreanaz's Loves & Hookups 11.7k VIEWS See all of David Boreanaz's past loves and ex-girlfriends. From mistresses to wives, all of David Boreanaz's hookups and aff...
Tiger Woods' Loves & Hookups 74.9k VIEWS Who is Tiger Woods dating? Who Tiger Woods dated; list of Tiger Woods loves, ex girlfriends; breakup rumors. The loves, exes...
Famous People Named Rachel 40.4k VIEWS List of famous people named Rachel, along with photos. How many celebrities named Rachel can you think of? The famous Rachel...
Derek Jeter's Loves & Hookups 710.9k VIEWS All of Derek Jeter's past and present girlfriends, from serious relationships to fun and casual flings. Fans will also enjoy...
Celebrity Pregnancies 2012 46.1k VIEWS Celebrity Pregnancies of 2012 feature the top stars from television, film and music all who share one thing in common, they ...

Rachel Uchitel is also found on...