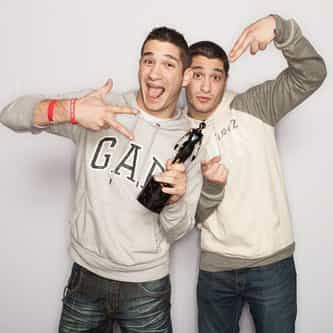 Australian twins Danny and Michael Philippou (born November 13, 1992) are identical twin brothers known their YouTube channel RackaRacka, based in Adelaide. They are known for intense live action combat videos, and also for making videos based on McDonald's mascot, Ronald McDonald. Some of their videos have been noted for containing large amounts of graphic violence, with a handful flagged on YouTube due to controversy and being banned in several countries. In September 2015, they won Best ... more on Wikipedia